Almost monthly, a federal court has occasion to reprimand some college or university for improperly chilling speech, even as some students continue to complain that campuses are too friendly to the wrong kind of speakers.

Many institutions have cut back on faculty hiring, even as the cost of tuition grows. Two basic, and mutually reinforcing, phenomena are behind the chaos on campus. First, colleges and universities have subordinated their historic mission of free inquiry to a new pursuit of social justice. Second, American colleges and universities have been overwhelmed by a dangerous alliance of academic bureaucrats and student activists committed to imposing the latest social-justice diktats.

This alliance has displaced the traditional governors of the university—the faculty. How did the university lose its way? How did this new alliance of activists and administrators supplant the faculty? At one time, not so long ago, it was obvious that colleges and universities were the embodiment of this distinction, dedicated above all to serious reflection.

Their purpose was to instruct students in methods and habits of free inquiry.

It was equally clear what universities were not. Maintaining that distinction between inquiry and action has always been crucial to academic freedom. It is difficult, after all, to obtain the truth while you are being bludgeoned into submission. But today that distinction has been blurred, with nonfaculty administrators doing the blurring.

Gone is the approach that I took for granted when I was one such administrator. As the legal adviser to three Yale presidents, I was pleased to think that my job was largely to protect our faculty from undue risks, so that the university could fulfill its core mission as a place of inquiry. But now the ambitions of university staff are much greater. They seek to achieve diversity, inclusion and equity—defined, ever vaguely, on their terms. And so the nonfaculty staff—who, unlike the faculty, are dedicated to doing rather than deliberating—set the tone on campus.

It may surprise you to learn that the faculty plays almost no role in the admissions process at most universities. The contemporary admissions process thus reflects and advances a transformation of the university from a place of thought to an instrument of social action. Is it any wonder that students go searching for windmills at which to tilt?

As the new species of bureaucrats and student activists have come to dominate the university, they have reshaped it in their image. Wherever possible, they have sought to muddle the distinction between intellectual deliberation and political action—thus making certain thoughts, like certain deeds, into crimes.

What can be done to counteract these baleful developments? We must look to the faculty itself, which can still exercise substantial influence, even if only in self-defense. The faculty, besieged though it is, must reassert its historic centrality in the university and stand ready to protect the search for truth. 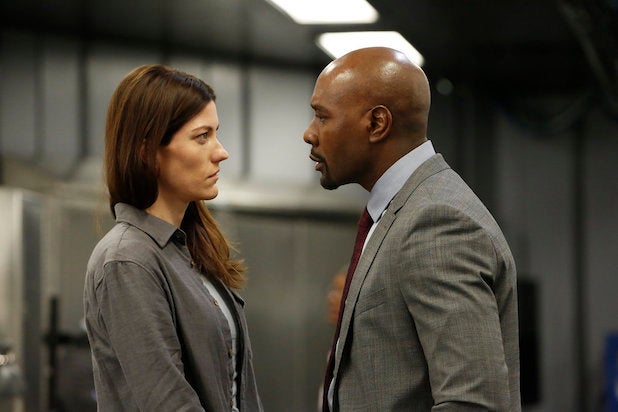 If it fails to do so, faculty members have only themselves to blame for their disempowerment. But the faculty needs help. Ah, the fragility of nations with a mixed society and multiple languages and a liberal Constitution. The economy, meanwhile, seems to be in meltdown mode. Abhijit Banerjee, who won the Nobel for economics this year, says the Indian economy is in a tailspin. Nobel laureate Amartya Sen and several other intellectuals have voiced deep anguish at the systematic crushing of the rights of minorities, the downsizing of venerable universities and the public lynchings.

But we are told by no less a person than the RSS Rashtriya Swayamsevak Sangh chief that there is no lynching happening anywhere, that 'lynching' is a western concept-as if the semantic hair-splitting falsifies the fact of mob violence-and that if the media were to stop talking about it, the violence would stop too.

The National Security Advisor likewise says if the media were to stop reporting on it, terrorism will stop.

Both repeatedly praise the avatar purush the Sangh claims to have groomed for years as a would-be Indian superhero, a mahanayak. Dressed impeccably and fighting fit, the hero's image stares down at the nation from billboards and TV screens. He is a winner alright. Under his leadership, his party has chalked up point after electoral point, even in states where they did not project a chief ministerial face in elections.

But why do we still feel vulnerable? A powerful political leader is often valorised as the father of the nation. The theory has the dubious merit of reducing common people to infants who can be preached to-about respecting elders and cows, or maintaining cleanliness, or not defecating in the open or using plastic, or to look upon all women as mothers or sisters-all this, while ground realities betray a failing grasp on real governance issues.

For example, women's participation in the work force is dipping, income inequalities are growing, banks with the life savings of hundreds of thousands of people are going belly up, media freedoms are dwindling, and metros reveal gutters choked with trash and plastic. What about the media? Once a free and fearless reporter of all news fit to put out in the public realm, it is now controlled, by and large, by a few dozen oligarchs and global media giants. Its risk-taking spirit has been all but snuffed out by repeated use of legal gags such as the sedition and criminal defamation laws and the breakdown of media's guardian bodies.

At times like these, the larger part of our mainstream media seems preoccupied with banalities such as the travels of the Leader to the Himalayas, or to follow him sailing down a mountain river in a hand-made dinghy, picking litter off a beach down south-not to forget the highly telegenic surgical strikes on the eve of elections.

Who can you trust?

In television studios, retired army generals, possibly missing the thick of action, and serving security heads reassure citizens that wolves on the other side of the barbed-wire border fence are being kept at bay and 'Bharat Mata' is safe. And like partners in an arranged marriage, we are expected to constantly 'adjust' to these alternative-reality debates.


It's amazing to see how a lot of digital media is being used and programmed not just to drive public opinion in a certain direction but to spread disinformation in order to expunge or overwhelm older memories that can challenge lies. The algorithms sensing the mass movement scurry about like sheepdogs, herding young minds even faster towards corralled spaces. Then there is Bollywood, student edition. Since our multi-media oligarchies that control print and digital news portals also control TV entertainment channels and Bollywood, it is fast becoming a sanitised retreat for Indians, including diasporan Indians.

Actors take selfies with the Leader, canvass in elections, contest on party tickets and make biopics about political leaders. Looking at their great earnings at the box office, a cabinet minister recently asked: how can a nation where three new releases earn crores within a week be poor? Fast forward to the UN summits. Here, instead of the generals, we see silver-tongued diplomats with perfect resumes talk bilateralism and environmental issues with world leaders. Everyone knows, everyone with a shred of intelligence that is, that the diplomats will neatly finish off the job and tie up the loose ends of what the armies are doing back home all over the globe.

And the UN has been happily chauffeuring them around in hired limos and picking up their hotel tabs. Forget the world. What is happening in India today is not merely a freak show in Kashmir or Bihar, UP or Maharashtra, but a total breakdown of known political principles and institutions of democracy.